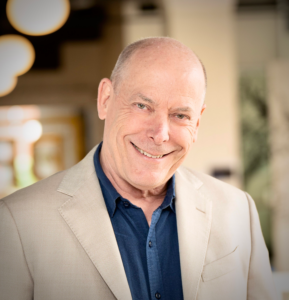 Phil began his working life as a broadcaster, working as a presenter for one of Australia’s top rated FM broadcasters for his final 6 years in radio. During this time, Phil also hosted the nationally syndicated music show, Cover to Cover.

Phil’s transition from behind the microphone saw him as a partner in the fledgeling Markby, Conley and Huzzard in 1990, before launching, in 1993, the agency that has now evolved to become DPR&Co.

Over the years, Phil has been engaged by many of Australia’s leading corporate and government advertisers and has built an organisation committed to excellence and fearlessly creative thinking.

Phil led DPR&Co to become the founding member of AMIN APAC in 2015 – a division of AMIN Phil leads to this day in tandem with his role on the AMIN Worldwide Global Board.

Phil is also a board member of the St Vincent’s Institute Research Foundation, and a lifetime member of the Victoria Police Blue Ribbon Day Community Council.